Now on the main streaming platforms:

With the play on words “Fake news, good news” (no news, good news), Abraxas gives birth to his second track, darker, more complex and convoluted than the previous advance, “Embrace capitalism (until it strangles you)”, taking an unexpected turn with the intention of demonstrating the sound richness and variety of this project that is still taking its first steps.

Layers upon layers of thick synths, eerie crunches in stereo, scorching acidic progressions, a tremendous ending and a fake Barack Obama as a master of ceremonies in a dystopian nightmare in the age of over information, misinformation, fake news, and the war for the control of the opinion of the multitude, stunned and disoriented after absorbing huge doses of these types of garbage every day.

A cut through which is made an attempt to raise awareness about the danger of such influential fake news, especially in these US elections times in which conspiracy theories come into play -or not- such as Russian interference or the control of the voting intention through Facebook, and that takes phrases from the speech of the American actor, director and comedian Jordan Peele and the social experiment he did in 2019, in which he cooked one of this news and successfully dispensed it to American society, uncovering it afterwards with the aim of warning about the ease of manufacturing this type of falsehood thanks to new technologies plus a minimum of inventiveness.

Listen to it also on BandCamp and SoundCloud:

And remember listening to our first single “Embrace capitalism (until it strangles you)” right here! 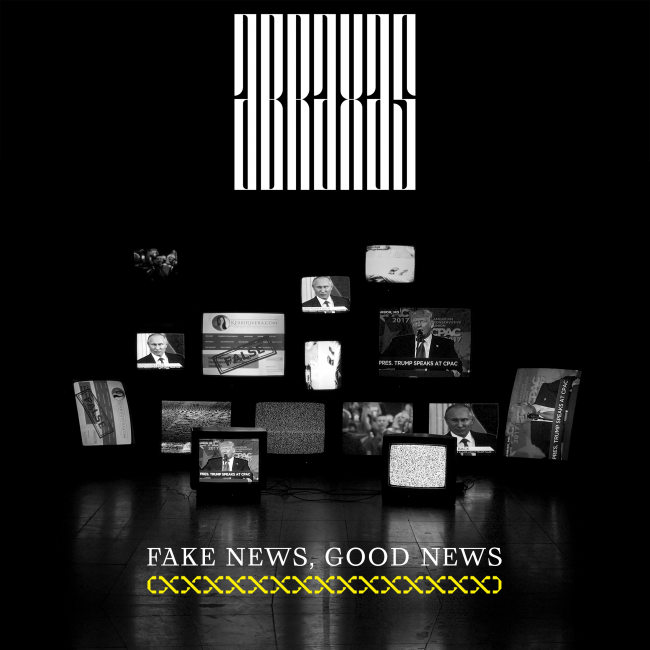 Moving forward, we need to be more vigilant
With what we trust from the Internet
It’s a time when we need to rely
On trusted new sources
May sound basic
But how we move forward
In the age of information
Is gonna be the difference
Between whether we survive
Or whether we become some kind of fucked up dystopia
Thank you
And stay woke bitches