By relevant artists and producers from the Spanish electronic darkwave scene

Abraxas – Embrace Capitalism (until it strangles you) REMIXED

Now on BandCamp, Spotify, SoundCloud and many other platforms!

Now, its physical debut is out, a brand new EP released in a limited edition one-off yellow vinyl pressing of 300 copies on Oráculo Records with remixes by relevant artists and producers from the Spanish electronic darkwave scene as Univac (Geistform), NightCrawler, We Are Not Brothers, José Rodríguez and PanDemian. This is the first of 3 remix EPs coming out throughout 2021.

That’s why Abraxas claims -ironically- to embrace capitalism, to allow your own and others exploitation and attend your own suicide 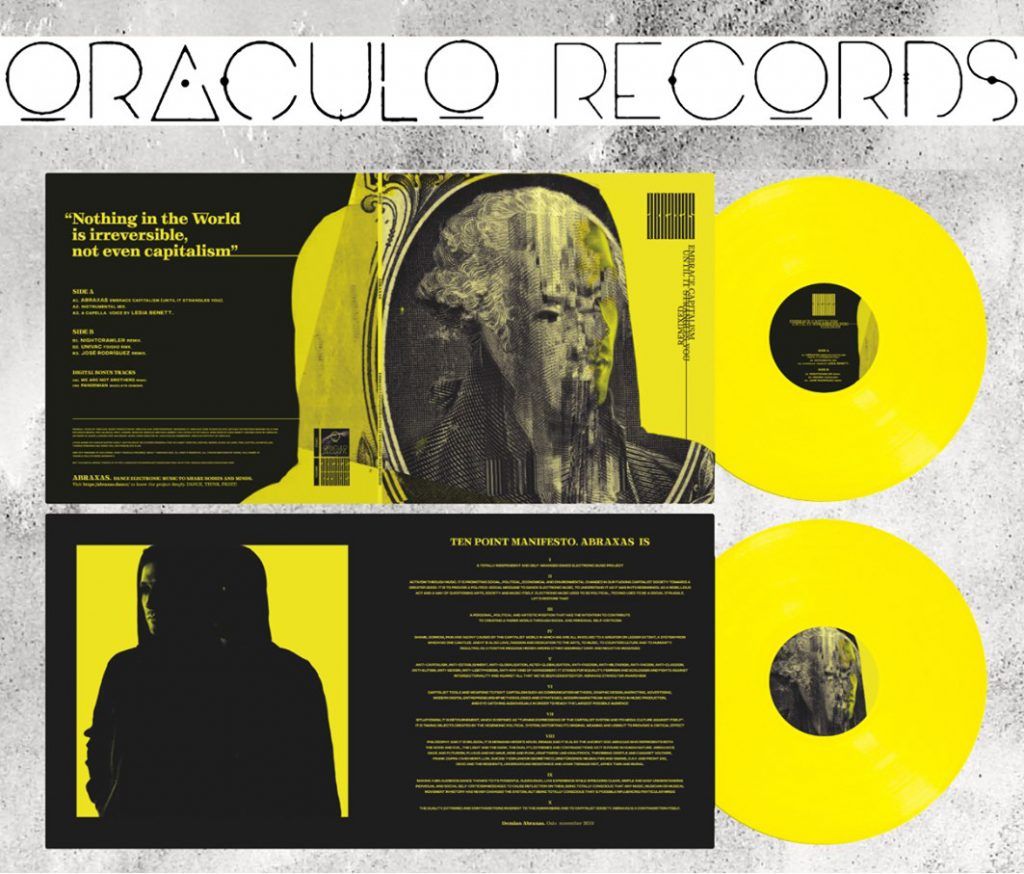 BUY IT NOW HERE or sending an email to abraxastechnoproject@gmail.com! 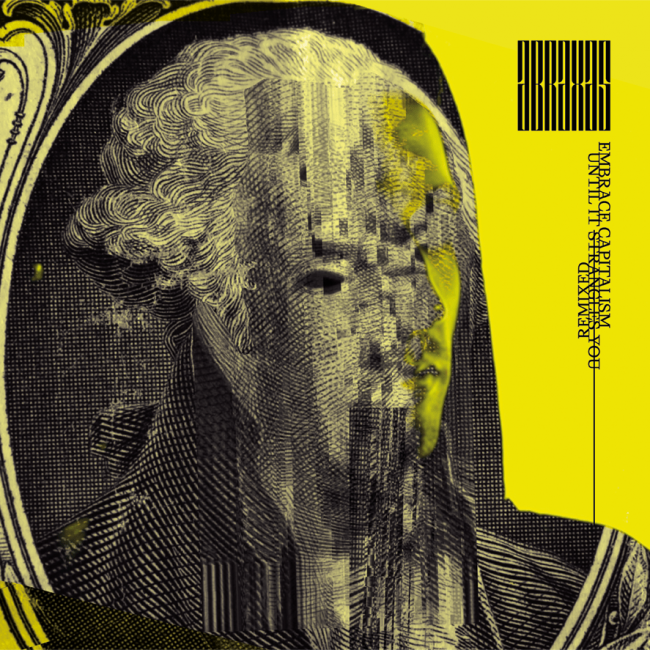